Fluidized bed granulation equipment is currently widely used in the production process of traditional Chinese medicine, with significant advantages. This method is a technology that integrates mixing, granulation, drying and even coating in a fully closed container. Compared with other wet granulation, It has the characteristics of simple process, short operation time and low labor intensity. At present, fluidized bed granulation technology is getting more and more.

The wider the application, the smaller the gap between the fluidized granulators produced at home and abroad. This technology is of great significance to the development of the modernization of Chinese medicine production in my country. This paper briefly discusses the common problems encountered in the production of traditional Chinese medicine by fluidized bed granulation equipment. 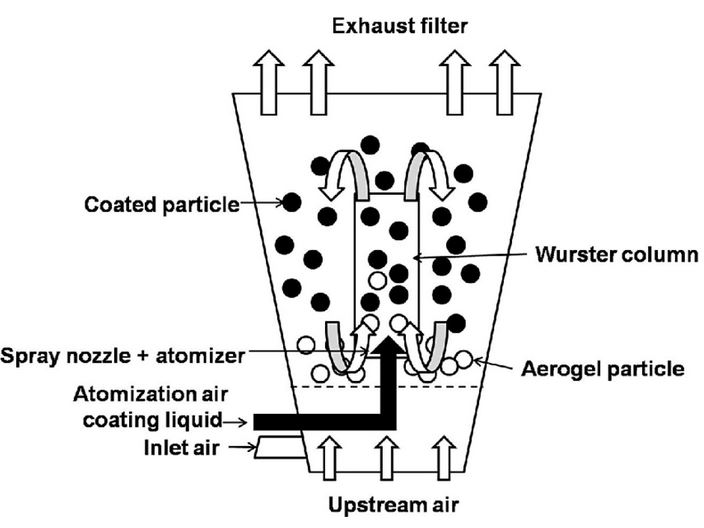 Fluidized bed granulation, also known as boiling granulation, fluidized spray granulation or one-step granulation, etc. Compared with other wet granulation methods, the method has the characteristics of simple process, short operation time, low labor intensity, etc., and reduces material handling. The number of times and the time required for each process are shortened, thereby reducing the pollution to materials and the environment.

Fluidized bed granulation technology has the advantages of fast mass transfer, high heat transfer efficiency, uniform particle size, low density, good fluidity, and good compression moldability. There is little or no migration of soluble components between particles, which reduces the possibility of uneven tablet content; PILOTECH YC-03 Fluidized bed granulation can automatically pump materials, and materials can automatically complete mixing, granulation, It can be used for drying, coating and other processes, and can be self-weighted under the equipment. It is an ideal advanced pharmaceutical equipment that conforms to GMP standards. At present, the fluidized bed granulation technology is being used more and more widely, and the gap between the fluidized granulators produced at home and abroad is getting smaller and smaller. This technology is of great significance to the development of the modernization of Chinese medicine production in my country.

The formation of particles is that when the binder is sprayed evenly on the suspended and loose materials, the binder droplets wet the powder in contact and coalesce around themselves to form particle nuclei, and at the same time, the continuously sprayed droplets fall on the particles. Bonding and bridging occurs on the surface of the core, so that the particle cores and the particle cores and between the particle cores and the particles are cross-linked and combined, and gradually agglomerate and grow into larger particles. The purpose of granulation is that tablets and capsules need to use granulation to improve the fluidity and compressibility of the granules, so as to facilitate filling, dosage and tableting; granules, pellets, drop pills, etc. must be formed by granulation; prevent Dust flying and adhesion on the wall of the device meet the requirements of GMP; after the drug is granulated, the preparation can produce the expected quick-acting or long-acting effect, etc. The main factors affecting fluidized granulation are the properties of the fine drug powder, the amount of material in the granulator, the type of binder, the concentration of the binder, the spray speed of the binder, the pressure of the spray air, and the air intake volume. size, inlet air temperature, drying time and temperature, etc.

1.2.1 Agglomeration and granulation The drug powder (primary particles) added to the container is in the fluidization process, and after contacting with the sprayed adhesive, agglomerates, and gradually grows into the desired particles (secondary agglomeration particles), which are soft and non-toxic. rule. By selecting appropriate stirring, rotating, circulating, spraying, fluidizing and other conditions, any particle ranging from light amorphous particles to heavy spherical particles can be prepared. 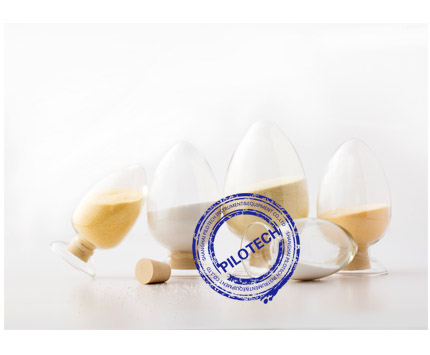 The fluidized bed granulation device is mainly composed of air intake and exhaust device, container, gas distribution device (such as screen mesh, etc.), spray system, gas-solid separation device (such as dust bag), material in and out device, control system, etc. The intake air source is generally outdoor air. The air first passes through the primary (or medium-efficiency) filter and heater, and enters the container part containing the solid material bed from the lower part of the fluidized bed through the screen. The material is in a fluidized state, and then the peristaltic pump sends the binder solution into the spray gun tube, and the binder solution is evenly sprayed into a mist by compressed air, which is spread on the surface of the fluidized powder, so that the powders contact each other and aggregate into granules. After repeated spraying and drying, when the particle size meets the requirements, the spraying is stopped, and the formed particles continue to be dried by hot air in the bed and discharged. The particles rising to the top of the cavity with the airflow are blocked by the dust bag, and the airflow passing through the dust bag is then sucked away by the external exhaust fan. Generally, the factory installs a water curtain dust removal device at the outlet of the roof exhaust pipe, which overcomes the pollution of the powder particles in the pharmaceutical process to the environment. The top of the box of the water curtain dust removal device is equipped with a sprinkler head to form a water curtain. The airflow with dust passes through the sprayed water curtain, and the dust is absorbed by the water, settles to the bottom in the box, and is discharged through the sewage pipe.

2 Common problems and solutions in production

2.2 There are many fine particles or more coarse particles. 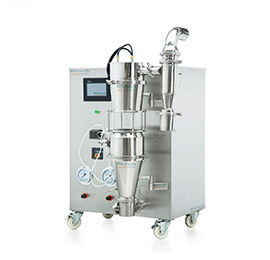 2.3 The particle yield is low

If the continuous particle yield is not within the normal range, a large amount of powder or particles may leak from the dust bag due to the damage of the dust bag. The solution is to check whether the dust bag in the machine is damaged, and replace the damaged dust bag. dust bag.

2.4 The phenomenon of collapsed bed

The phenomenon of bed collapse is that in the process of granulation, the solid bed in a fluidized state loses its rising power in a short period of time, and finally becomes in a static state, and the phenomenon of sticky sieve or large-area agglomeration occurs, resulting in low production efficiency. The main reasons are that the traditional Chinese medicine dry extract powder has strong viscosity and hygroscopicity; the adhesive spray rate is too fast; the inlet air temperature drops; the inlet air humidity changes; the atomization pressure decreases; the process design is unreasonable, etc.” First turn off the spray system immediately, then gradually find out the reason, adjust it to a normal state, and then continue production. 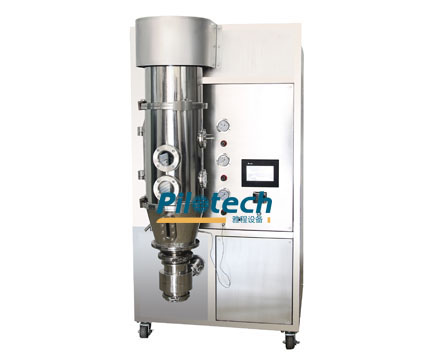 The phenomenon of the air ditch bed is that there is a short circuit in the air flow in the container, and the air inlet air quickly passes through the local powder, while other materials are in a relatively slow motion or static state. “The reason may be that the local humidity of the material is high.” The solution can be stopped first, Re-spread the material and start the operation again.

The fluidized bed equipment has many components, and consumes a lot of electric energy and thermal energy. “The electric energy consumption mainly comes from the fan. At present, the energy-saving method of the high-power fan mainly uses the frequency converter to control the fan to achieve the purpose of energy saving” and shorten the production process of the fan. The necessary use time can also achieve the purpose of energy saving. “The consumption of heat energy mainly comes from steam equipment. The way to save energy is to avoid increasing energy consumption due to excessive drying of the product: reduce the initial moisture content of the material: take thermal insulation measures to improve the performance of the equipment.

It is relatively difficult to clean the dust bag of the fluidized bed equipment. Improper operation will cause certain personal injury. Design safety measures with high safety performance to prevent possible accidents. For example, when the dust bag falls rapidly, its safety device can be quickly tightened. , slow down the falling speed of the dust bag as a whole until it stops.